Large-scale construction projects can be significantly improved in terms of safety, effectiveness, and productivity thanks to cutting-edge construction technology.

The ability to develop different types of buildings has significantly improved because of the lengthy history of innovation in the construction industry. In the meantime, tower crane technological developments accelerated building skyward, creating the possibility for enormous skyscrapers.

These are the most important innovations in construction to see in 2022:

Exosuits, sometimes known as construction exoskeletons, are wearable machines with motorised joints that add strength and support to repeated motions like bending, lifting, and gripping. 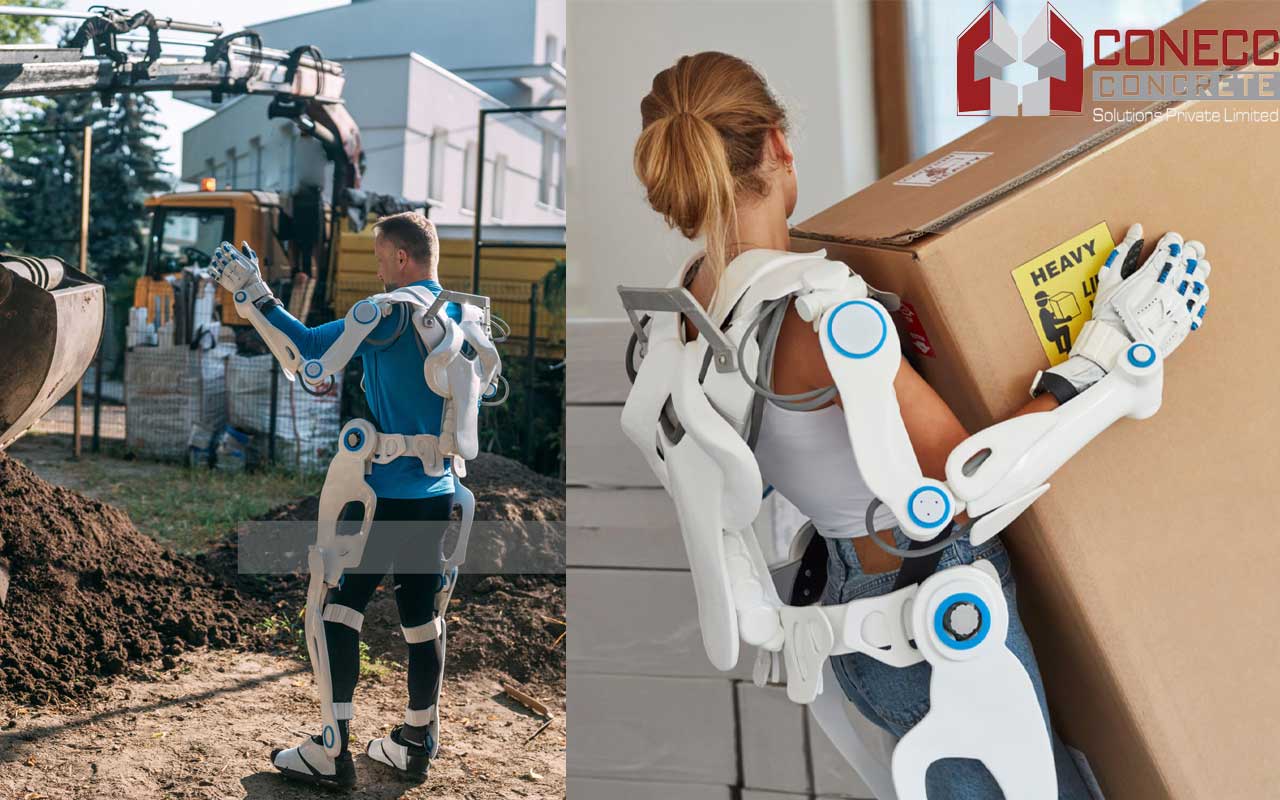 Exoskeletons are becoming more popular as a technique to lower injuries and boost productivity for construction workers, despite their origins in rehabilitation programmes. All exoskeletons provide benefits for people doing demanding professions, whether they are driven by electricity in some cases or merely disperse weight around the body in others.

A few instances of exoskeletons being employed on construction sites are as follows:

Exosuits with back support: This powered suit fits around the shoulders, back, and waist to lessen strain when lifting.

While exoskeletons help construction workers perform demanding activities more easily, the industry is also looking to construction robots to lighten the load even further by delegating some hazardous and tough tasks to machines.

Although construction wearables have several productivity advantages, their advantages in terms of safety may help them gain widespread usage. 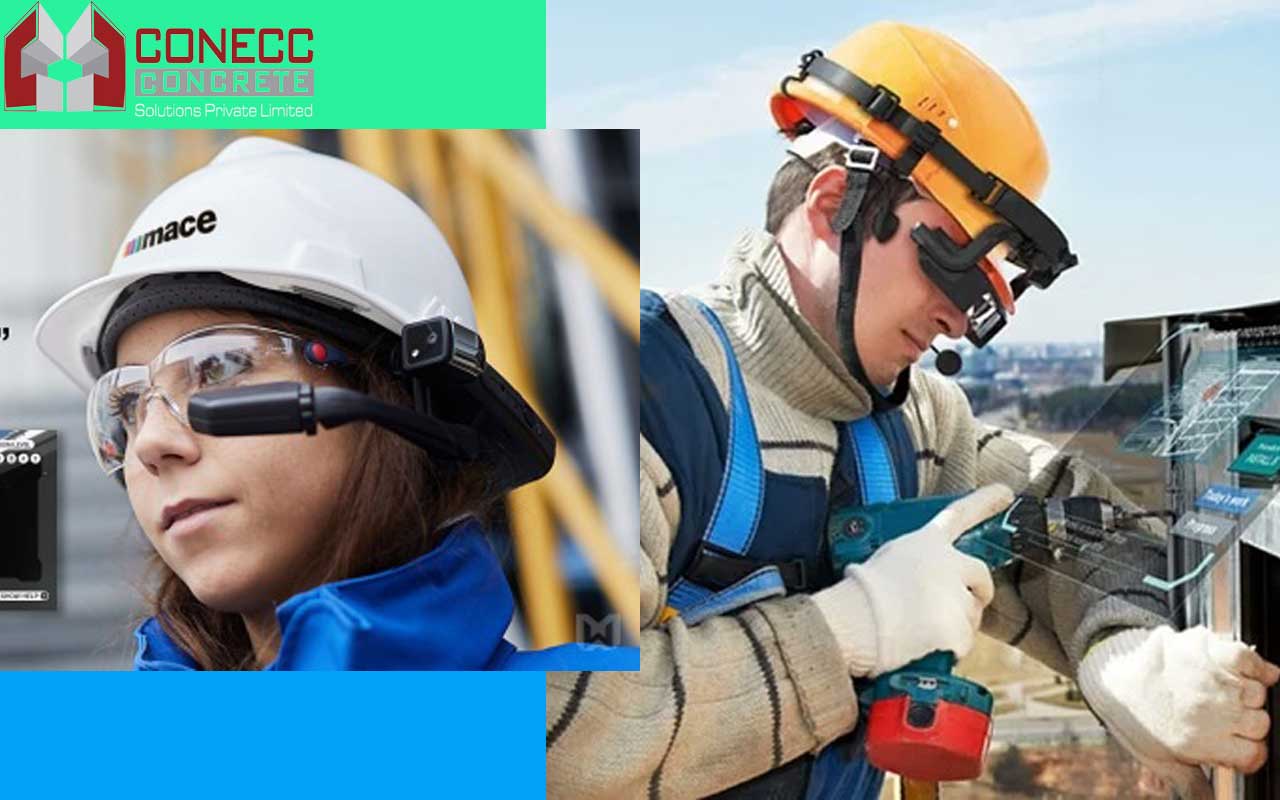 One of the riskiest professions to work in is construction, where hundreds of fatal workplace incidents each year are caused by falls and machine collisions. Wearable technology has the potential to increase worker safety and reduce accidents and fatalities across all industries.

Here are a couple of wearables for construction that are now on the market:

Smart boots: Powered by movement, these boots can identify workers who may collide with nearby sensors-equipped construction equipment.

Power gloves: When worn on the hands of a worker, power gloves boost strength and dexterity, hence lowering the risk of overuse injuries.

Smartwatches, monitors, and goggles, among other wearables, increase the safety of lone workers, detect fatigue, and provide contact tracing. A revolution in the building industry is just getting started, one that will increase worker productivity and safety.

However, the advantages of technology for employees go beyond small, lightweight wearables and extend to larger personal gadgets like exoskeletons for construction.

Drones have already had a significant impact on the building, and in the upcoming year, their impact is expected to increase. Processes that were previously extremely expensive can now be made more affordable with the use of small, flying drones with cameras.

Here are just a few examples of how drones are improving construction sites:

Topographic maps: Maps are essential during the planning stage of a project. Aerial drones quickly survey large areas of land, cutting mapping expenses by up to 95%.

Equipment Tracking: On a big construction site, equipment that has been bought or rented can easily go lost, but drones can automatically keep track of all the equipment there.

Security surveillance: When no one is working, job sites are prone to theft of supplies and equipment, but drones can keep an eye on a location even when no one is there.

Drones may also affect building inspections, employee safety, and progress reporting. Increased usage of artificial intelligence and machine learning is one way that drones and other construction technologies will continue to advance.

An alternative building technique is modular construction, in which buildings are built off-site, delivered in pieces, and put together by cranes. 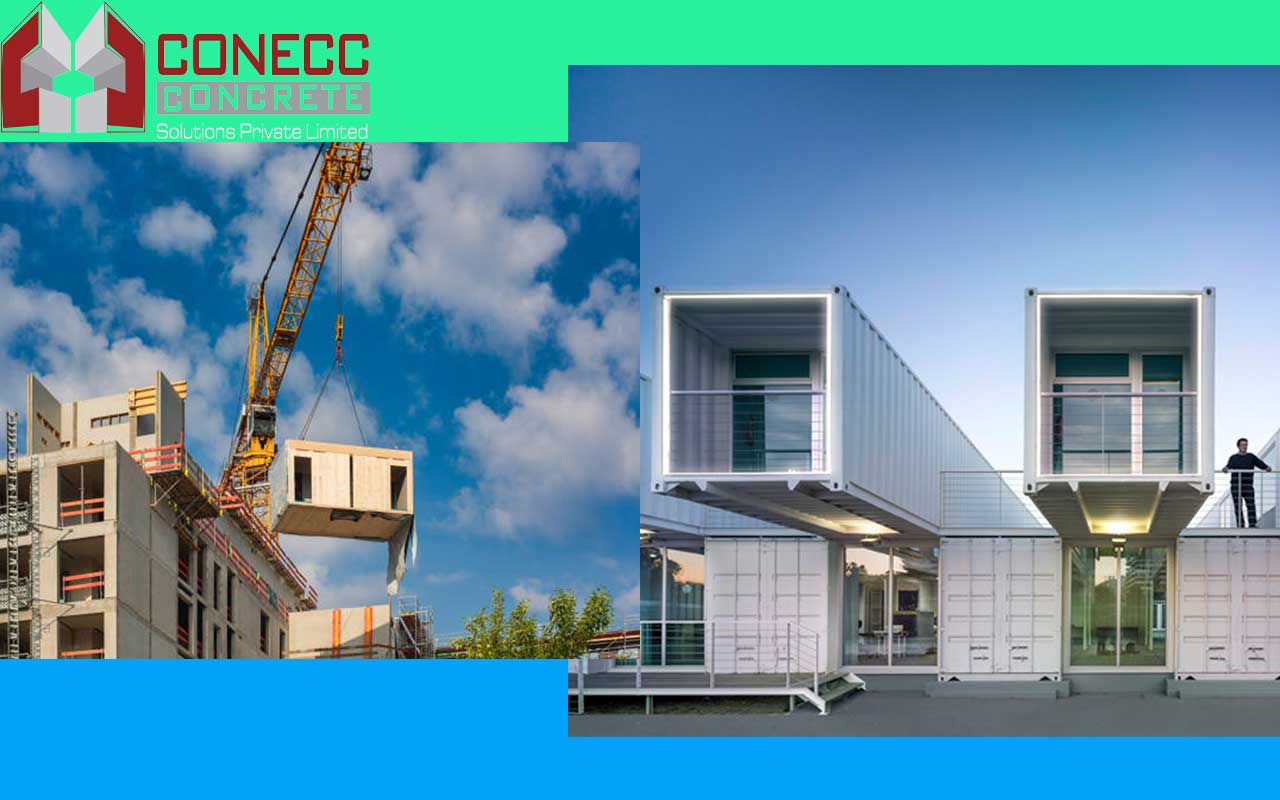 Modular construction can be up to twice as quick as typical projects since the building is constructed while the site is being prepared.

Additional advantages of modular construction include:

Decreased construction waste: In a factory where multiple structures are being built at once, leftover materials from one project can simply be used on another.

Optimized by machine learning: As software is improved over time in the factory, building processes are optimized, further lowering waste and raising efficiency.

Two-thirds of contractors predict that demand for modular construction will rise in the years to come, despite the fact that it presently makes up a small portion of the entire sector. The linked technology of 3D printing helps both traditional and modular buildings. 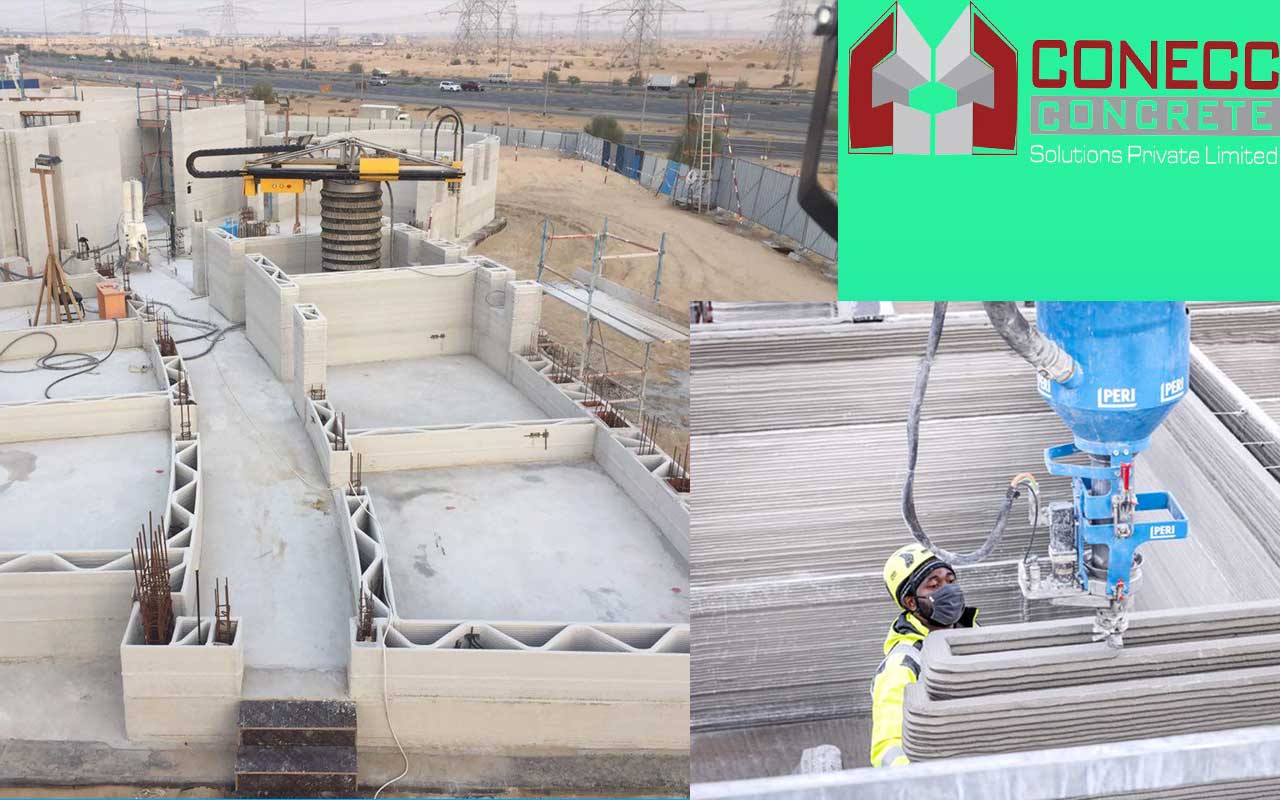 Even while the usage of 3D printing in large-scale construction projects is still in its early stages, complete homes have previously been created.

The following are some ways that construction may be impacted by 3D printing:

Effective material use: Concrete printing, which creates less waste than conventional processes, is a field that is investing in printing building materials like cinder blocks or full buildings like bridges.

Increased speed: A 3D-printed structure can be fully formed in a matter of days as opposed to weeks or months for conventional buildings.

Getting rid of errors: A 3D printer gets a design and reproduces it accurately in the real world, avoiding expensive mistakes.

3D printing is currently a relatively new and experimental technology, it is expected to have a significant impact on construction in the years to come. Building information modelling is a new 3D technology that has evolved to improve productivity on construction sites.

A digital information layer that enhances a view of the real environment is called augmented reality (AR), through the use of sound, visual, digital, or other sensory stimuli delivered via technology.  Construction personnel can view a job site with additional information displayed right on top of the image by using a mobile device with AR capabilities. 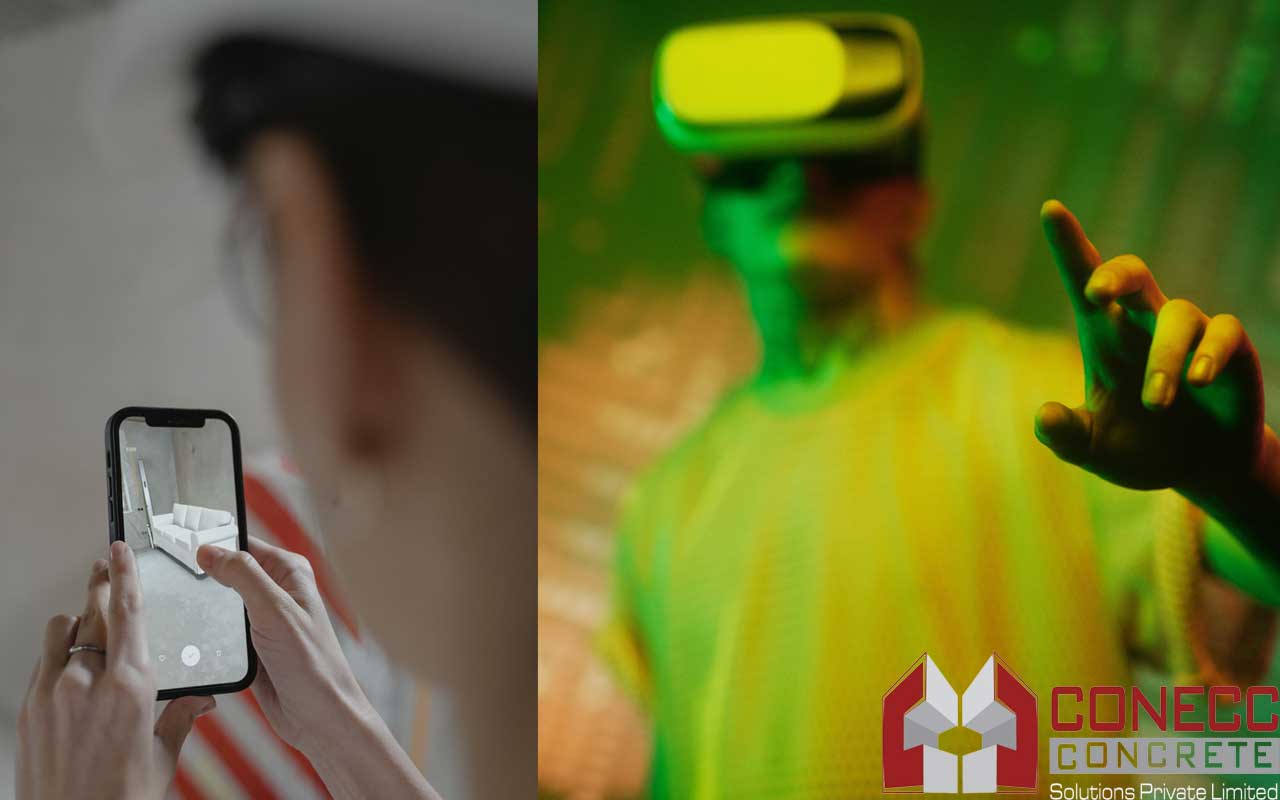 The building plans for a wall, for instance, may be displayed on a tablet by a construction worker as if they were a real part of the surroundings. Due to its ability to add information where it is needed, augmented reality has significant applications in the construction industry.

Some more uses for augmented reality:

Visualize modifications: Contractors can see prospective changes before agreeing to them by putting potential project adjustments directly onto the worksite.

The future of augmented reality is expected to rely on AR glasses, which would allow hands-free access to important information at all times, despite the fact that it can be accessed on a tablet or other portable device. Several wearables for the construction industry are anticipated to gain popularity over the coming year, including these augmented reality glasses.

Construction robots won't take over the business totally for some time, but a number of designs and ideas are being considered as the sector looks for solutions to the labour crisis and the requirement for social distance. 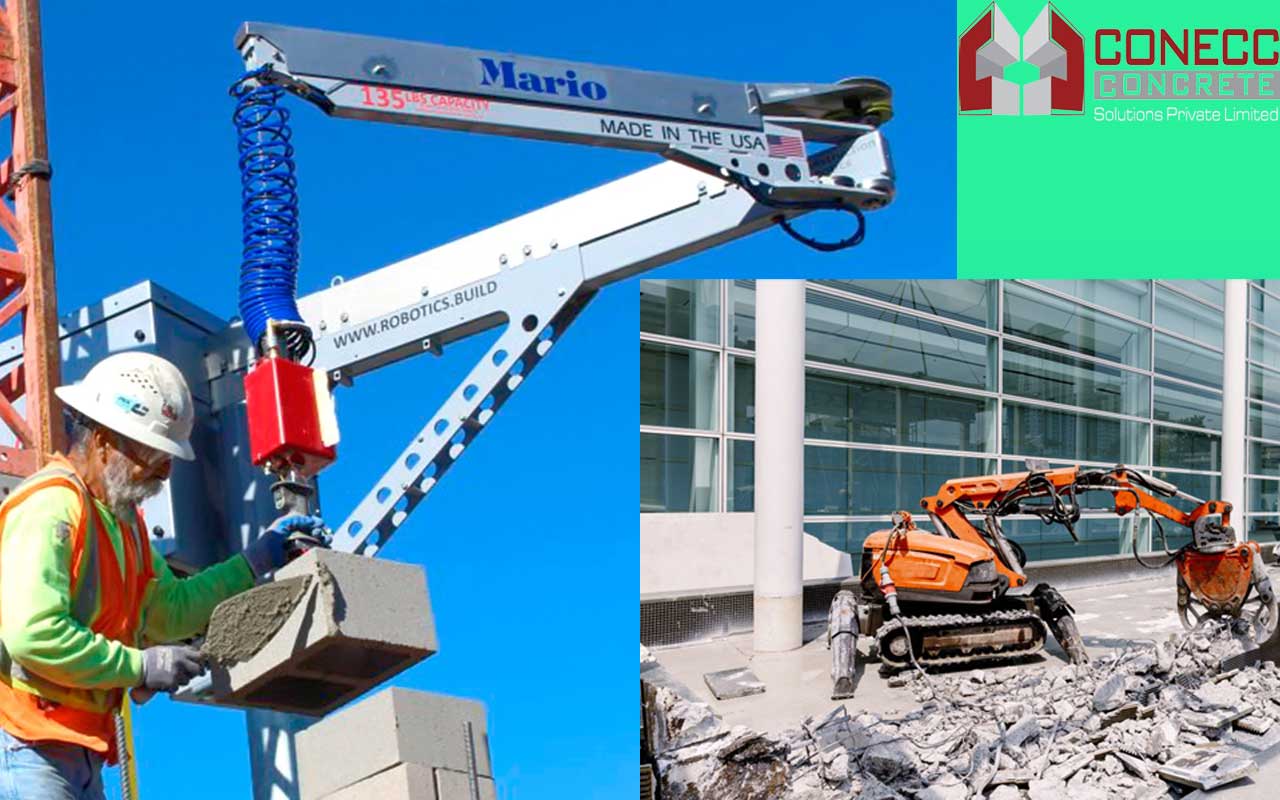 To help transform labour in the construction industry, three main types of robots appear to be in a position:

Factory robots: Factory robots are capable of performing a specific activity, such as basic manufacturing operations, flawlessly and repeatedly.

Blockchain technology is a method of storing data that has numerous uses in the administration of building projects. It was first utilised for the online money Bitcoin. The value of blockchain lies in its ability to boost project efficiency in a straightforward manner, despite its initial difficulty in understanding.

Blockchain is very intriguing to the building industry because of a few features:

Decentralized: Accessible from everywhere, project information is not kept in a single place.

Scalable: Blockchain can be used for very large projects because it doesn't need a sizable data warehouse.

Blockchain is expected to have an impact on several facets of construction management in the upcoming years, including contracts, asset management, payment processing, and material sourcing. Blockchain is useful throughout the course of a project and aids in the storage of information that is still available after a project is finished.

Creating a digital model of a structure before construction begins is known as building information modelling (BIM). Everyone participating in the project can foresee problems, reduce risk, plan logistics, and work more efficiently if the building is accurately represented. 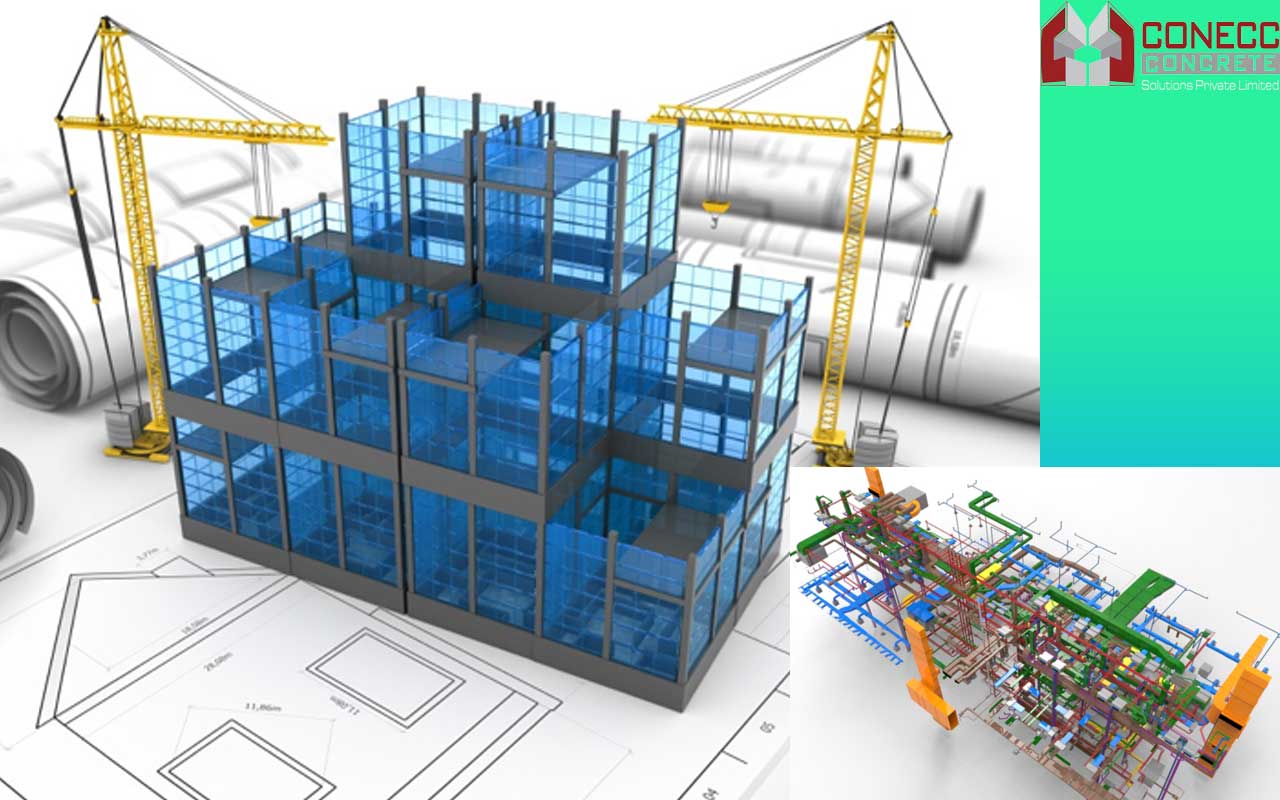 All phases of construction benefit from the usage of building information modelling:

Building information modelling, which influences and enhances every part of the construction process, may currently be one of the most significant breakthroughs in the industry. However, an emerging technology called blockchain, which takes a novel approach to information, could further alter the construction industry.

Machine learning is the capability of technology to "learn" from prior experiences and massive data analysis, whereas artificial intelligence (AI) is the capability of technology to make judgments without human input. Both of these technologies have profound ramifications for the construction industry, where productivity and safety are significantly impacted by effective and informed decision-making. 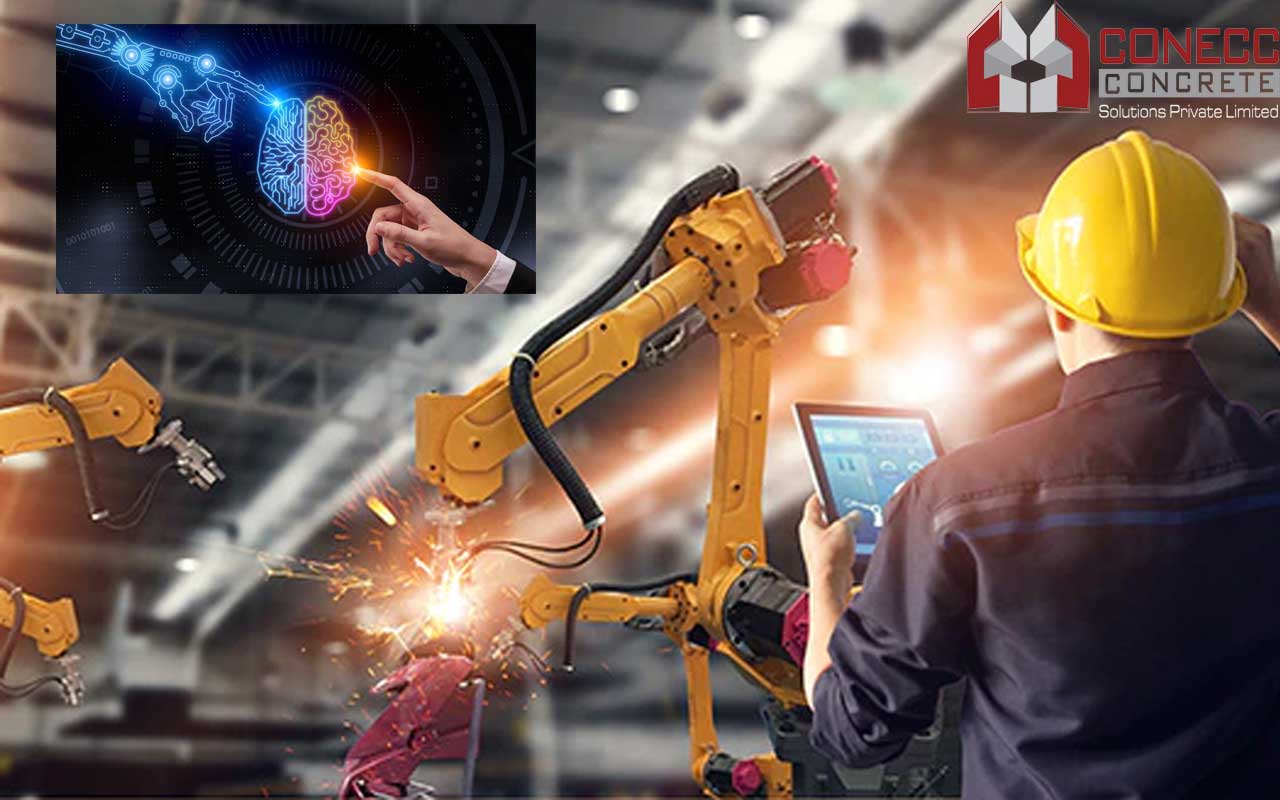 Here are some ways artificial intelligence and machine learning are already changing the construction industry:

Better design: By examining hundreds of variations, machine learning software can enhance architectural design elements since it can learn over time.

The planning stage to project closeout will soon be impacted by machine learning and artificial intelligence. Additionally, new building techniques like modular construction, which is a rising segment of the construction industry, are being improved by AI and machine learning.